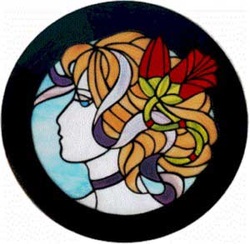 Ed Sibbet is one of the very few book designers who creates designs which can be built as drawn and has great perspective.  The Gemini Girl was the first design that I ever built. I built a second copy of it after the first was damaged in a house fire. I spent 2 or 3 months building a custom oak frame in college. So it was very painful when the panel was knocked from it's hook and shattered into many pieces. Rebuilding it was out of the question, nearly every piece was damaged. It would have been easier to build a new one rather than using traditional repair techniques.

Even the oak frame was broken, but fortunately it had only broken at the original glue joints. 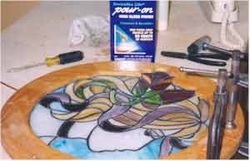 So, first  I had to fix the frame by gluing and clamping it. 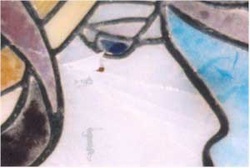 Then I had to tap in a broken piece under her eye and adjust several broken pieces to be as flat as possible. I used a small hammer and a piece of wood to coax pieces back in place. If there had been a piece missing I would have taped a piece of paper on the back of the panel and then soaked it off with water a few days later. 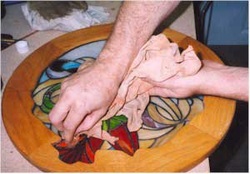 I then cleaned it carefully and put new black patina on the window. 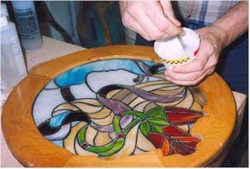 Preparation is key. I once did the same repair to a panel and accidentally glued the piece to the work bench. I now recommend covering the bench with wax paper and don't leave any gaps in the glass where the resin can run through. Then I mixed up the epoxy based resin, I used EnviroTex Lite, a pour on high gloss finish sold at craft stores. It was important to mix it vigorously for two minutes. 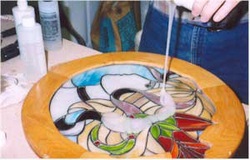 Then it was poured in place. 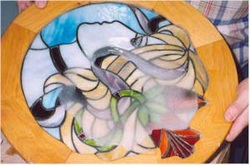 I tipped the panel to run the mixture over the whole surface. 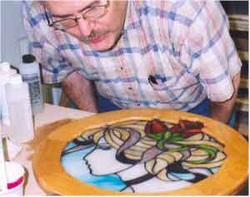 Last, I blew on it to cause the small bubbles that formed to pop by reacting to carbon dioxide in my breath. A day or two later, I came back and coated the other side of the window. 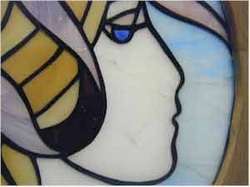 As you can see on the left and on the picture below, the cracks are still visible. But the panel is strong and clean and still looks great. So this might not be the perfect way to fix a panel, but it is great for old pieces and valuable pieces and is especially good for pieces which are viewed from a distance, like skylights and architectural glass. 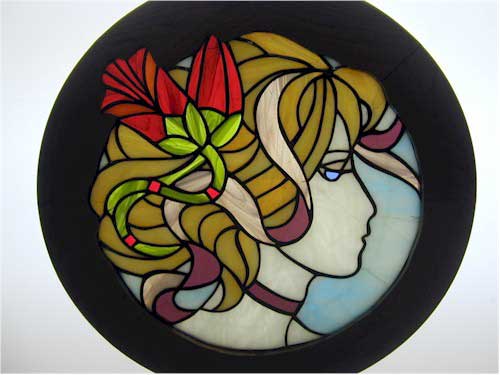