How To Sand Carve A Rose In Glass 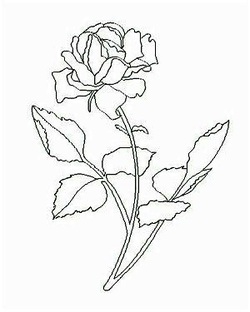 The rose we're going to carve is the pattern to the left. To print your own copy of the rose pattern, click here.

You'll want to print two copies of the pattern for the next step. 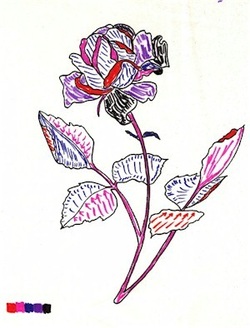 Go over the pattern and determine which pieces of the design need to be blasted and in what order. Mark them in order of blast and add some hints as to which direction you want to blast the pieces.


The color bar at the bottom is a reminder as to which color means which order. Red is going to be first and the most deep, black will be last and the lightest blast. 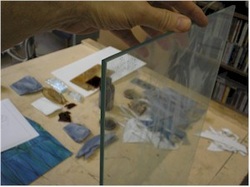 We selected thick 3/16" glass so that there is plenty of glass to carve into. The edges have been ground and polished so they are safe to handle and they look good.


This could have been done on 1/8" glass, but the back where the first blasts are might be quite thin. If it were going in an insulated unit, I would have used 1/8". 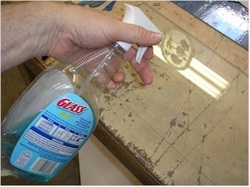 You've got to really clean the glass well so the resist will stick to the glass. If it doesn't stick tight, it will rise up during blasting which will result in blurry lines. 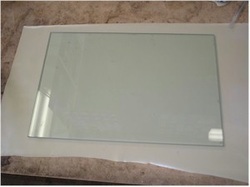 Once the glass is clean, you can apply the resist. We use Anchor 18 mil rubber resist. Cut the size needed, remove the protective paper and put it (sticky side up) on a table.


Then, place the glass on to the resist. This avoids most bubbles in the resist.

Then the resist is folded over onto the back of the glass. 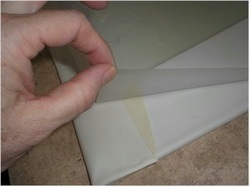 As a final protection on the back of the glass, contact paper is applied.


On little projects we sometimes leave off this step, but when doing a multistage blast the risk of over spray on the back is great. 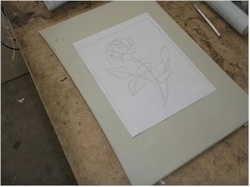 Spray the back of the paper pattern with spray glue.


Then place the rose pattern where you want it. 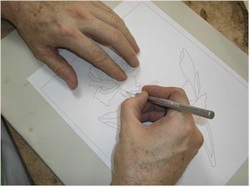 Use a brand new blade each time you begin to cut out a resist. If a blade has been left out overnight, it tends to become dull.


As you cut the resist, cut every single line in the pattern. The lines will be gone after the first blast so you have to cut them all in advance. 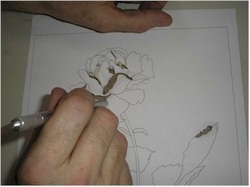 Referring to the colored pattern (above), remove the pieces for the first blast. 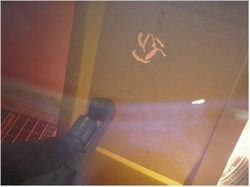 Then go to the blast cabinet for the first of six blasts. Let this first pass be the longest blast of all, you want the lines to be deep and crisp. They will get dulled down some as the levels of sandblasting hits these first edges. 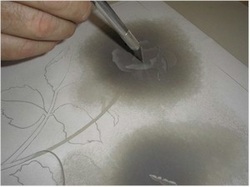 You can check the depth of the cut with the tip of a craft knife. This depth is nearly a 1/16th of an inch, so nice and deep. 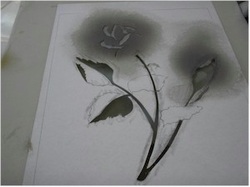 Then take out the next pieces to be blasted. Make sure and burnish the resist down to the glass so it won't pull up while blasting. 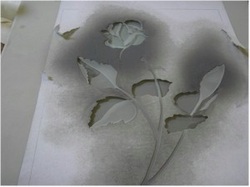 Then pull out the next pieces for the blast... 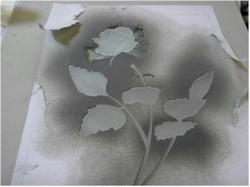 ...and the next. There's still one more blast to go after this photo. Blast each successive level a shorter and shorter time. This allows lines to form between each level, but not wiping out the previous detail. 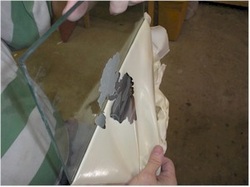 Then you can remove the resist and clean the glass.
We took several pictures with different lighting, different backgrounds and never did get a shot that showed all of the details of the rose. This one on a table showed the most detail. 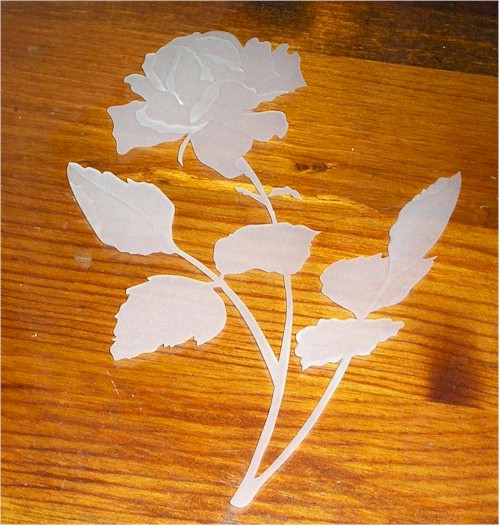 You may want to try several sandblasted projects. You can prepare them in advance and then just put a contact paper resist to shoot an anniversary date to make a personal gift.
Copyright © 2016-2017