Mistakes Happen To Us All (And Then We Fix Them) 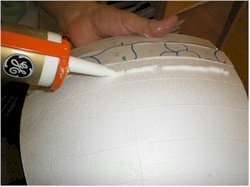 I hope that every student that we've had for stained glass classes remembers the thing I say so often, "The difference between a professional and an amateur is that a professional fixes their mistakes."

Last month I was gluing down some pattern strips onto a lamp mold. The Silicon 2 that I used on the mold didn't seem to cure. So I had to remove the strips and start over. 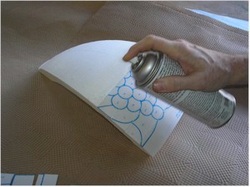 I figured the Styrofoam kept the silicon from curing, so I washed and dried the strips and applied them with spray glue, which worked well. 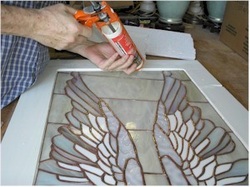 I next used some silicone from the same tube to set one of the angel panels into the framework. The silicone bead went on perfectly and looked great. There was a bit of a "breaky" quality to the silicone that I noticed when I applied it to the mold. But the bead was so smooth when applied to the frame that I figured it was okay.


24 hours later when the silicone should have cured and was just as it was when it first came from the tube, I was worried. 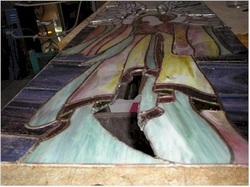 I gave it another 24 hours to cure and it was still soft. I figured I would have to flip the frame over and hope that the weight of the glass would eventually pull down and release it from the frame. I began to turn it over and the panel fell right out onto the table, breaking two pieces of glass.


So I had to break them out and replace them. I threw away the defective tube of caulk! 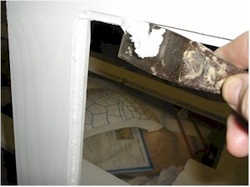 Before the repair, I washed the glass with a brush and water several times, turning it over and over since the old caulk was rather gooey. I finally got it completely clean by throwing handfuls of sawdust on the glass and scrubbing that with the brush.


I then had to scrape the caulk away from the wood frame, which proved to be fairly easy since it had in no way cured. 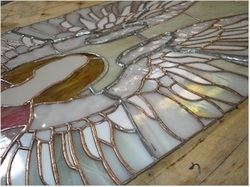 The finished repaired panel looks every bit as good as before and I've even added some extra re-strip to make it a little more rigid. 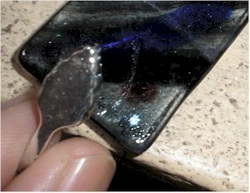 Next, Jeanne found that glue she had used to put bails onto pendants hadn't cured properly and would easy fall off the glass.


Turns out that she had picked up the wrong bottle of glue, it wasn't the stuff for glass. The bottles looked similar. 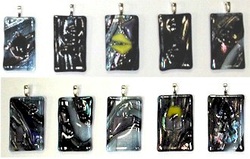 Fortunately, she was able to add a drop of a different glue and she got a good bond.

We had to fix a window that got knocked down from it's place in the studio. Our mistake was not hanging it securely enough for the spot it was displayed. You can read all about that repair by clicking here. 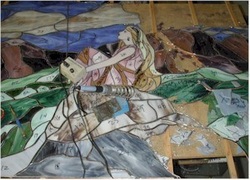 Our worst mistake was when we broke a major window while delivering it. The mistake was not securing the load well enough. We've learned from that mistake! You can read how we fixed that window by clicking here. 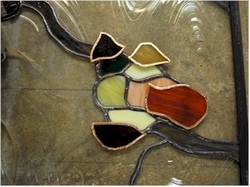 When we had to replace many colors in an insulated window, our mistake was that we trusted the client to give us proper direction and her husband didn't like her color choices. Not much we could have done to avoid that one, but you can see how we fixed it by clicking here.
Copyright © 2016-2017